Is it an insurance agent’s fault if a business buys insurance limits that are lower than a claimant thinks they should have been? Does the agent have an obligation to future claimants to ensure that a business buys high limits? These are the questions that came before New Jersey courts in 2017 and 2019.

The insured was a bread delivery business. One agency obtained a business auto policy for it with a liability insurance limit of $1 million. Another agency obtained an excess liability policy with a $5 million. However, this policy did not provide auto liability coverage.

One of the insured’s trucks struck and killed a man. His widow sued the insured and its driver on her own behalf and on behalf of her husband’s estate. Three years later, she also sued the two insurance agents for professional negligence. She claimed that the first agent failed to advise the insured of the need for higher auto liability limits. She faulted the second agent for obtaining an excess policy that excluded auto liability coverage despite the fact that the insured’s operations heavily relied on using commercial autos.

A week after filing the second lawsuit, the widow and estate settled with the insured and its auto insurer for $940,000. The settlement:

●        Released the insured and driver from any further claims

●        Required them to cooperate with litigation against the two agencies

The trial judge granted the agents’ motion, finding that the widow’s claim that the loss had a value of more than the $1 million primary auto limit required a judgment to that effect. Since she had settled the suit and forfeited any right to further claims against the insured and driver, there could be no judgment. In addition, the court noted that the insured never requested more than $1 million coverage and the agents were obligated to obtain only the requested coverage. In any event, the settlement was for less than the primary limits, so the widow suffered no harm from the second agent’s obtaining excess coverage excluding auto liability.

The widow appealed, arguing that the two agencies owed a duty to third parties such as her and that they had breached that duty. The appellate court rejected this argument. “Without a judgment against the underlying tortfeasors establishing their negligence and the quantum of damages,” they wrote, “plaintiff cannot pursue a direct action against (the agents.)” With no judgment against the insureds, the widow had no right to sue the agents.

The court’s opinion does not explain why the primary policy had only a $1 million limit or why the excess policy excluded auto liability coverage. The insured might have had a poor loss history, making excess auto liability coverage unavailable. The agents might have helped their defense by documenting these problems in written communications with the insured. It would be harder to press a case against agents who could prove that they unsuccessfully tried to get higher limits.

In the end, the agent’s job is to get the coverage the insured requests, not what they should have had. These agents won this case because of that principle. 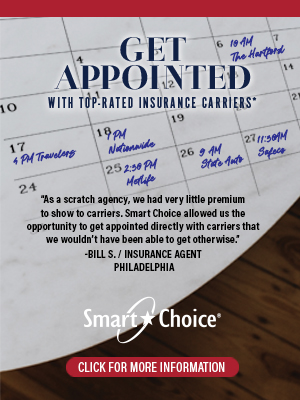