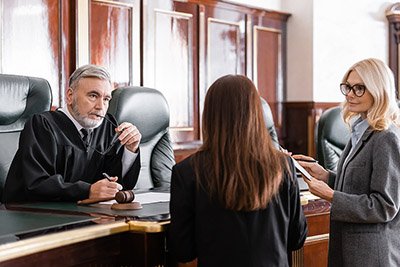 Insurance agents sometimes get sued by their clients when a claim is denied because of an error on an application. A Tennessee agency got sued by one of its carriers for that mistake.

In late 2019, the agency completed an electronic homeowners insurance application on behalf of a client. The application showed the phrase “automatic sprinklers” in one column and, in the next column, “all areas except attic, bathroom, closet, & attached structure areas.” The home did not have a sprinkler system. It is unclear from the record why the application stated that there was.

According to the court’s opinion:

Less than five months after the policy’s effective date, a fire destroyed the home, causing losses of approximately:

A week after the fire, the carrier denied coverage based on the insurance application’s misrepresentation that the home was protected by a sprinkler system. The insureds sued the carrier, which in turn sued the agency and its principal. The contract between the carrier and the agency contained an indemnification clause under which both parties agreed to hold each other harmless for claims arising out of their errors. It also specifically stated that the agency had a duty to investigate the applicants’ insurability and to verify that statements in the application were correct.

In February 2022, the court refused to rule in either party’s favor, finding that the facts “about how the Lancaster Agency gathered information from Iva Joy and how the information about the sprinkler system found its way into the electronic application prepared by the agency” were in dispute. There were also unresolved questions as to why the carrier did not follow its own procedures. Until those questions were resolved, the court said, the case could not be closed.

This agency wanted the court to say that the hold harmless agreement with the carrier didn’t apply because the carrier contributed to the loss by not following its own procedures. The judge didn’t buy it. Instead, he said that two questions have to be answered:

Earlier in the opinion, the judge wrote:

“What is more, it appears to be undisputed that AmGuard’s ‘Proposal’ contained information mistakenly inserted by AmGuard’s agent, the Lancaster Agency, into the ‘Proposal.’ AmGuard conceded in its discovery responses that someone at the agency mistakenly inserted the erroneous information about the sprinklers at the Joys’ home into the ‘Proposal.’ What is not clear, at least from the evidence submitted by the parties at summary judgment, is how the error occurred. No party has cited any testimony from Anthony Lancaster or any employee at his agency with knowledge of how the electronic application or the ‘Proposal’ was prepared or why the information about the sprinklers found its way into the ‘Proposal.’ There is no testimony from Iva Joy to show whether she was asked about sprinklers and, if so, what she understood the question to mean or how she answered it. There is no proof about the phrasing of any question related to ‘protective devices’ generally or sprinklers specifically. The Joys suggested at oral argument that the question may not have clearly addressed sprinklers for fire suppression as opposed to sprinklers for outdoor irrigation. …

The question of who injected the false information about the sprinkler is critical in this case.”

The determination of who is liable hinges on how the error occurred. If there is no proof that the insured told the agent her house was sprinklered, or that she just had lawn sprinklers, the agency is unlikely to win.

We don’t know why the application said that the home was sprinklered. It could have been prepared by an agency staff member who was rushed, or who confused it with another application on their desk, or whose phone rang in the middle of completing it. We do know that no one checked it for accuracy. We know that no one noticed the warning on the issued policy that coverage was conditioned on the home being sprinklered. No one picked up on the protective devices endorsement. If someone had, they might have asked whether the home actually had a sprinkler system.

The carrier also bears responsibility for not following internal procedures. There is plenty of fault on both sides. The lesson for agencies, though, is that applications and issued policies must be checked for accuracy. Mistakes like this can be avoided, but only with careful attention to detail.