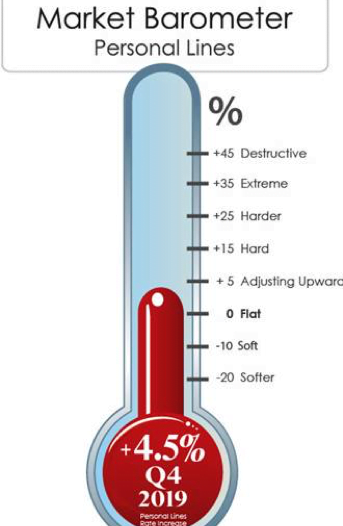 Some CAT exposed homes up as much as 35%

Fourth quarter results are in and personal insurance buyers were assessed an average of 3.5 percent more in 2019 as compared to 2018.

According to Richard Kerr, CEO of MarketScout, “We must all keep in mind, the barometer results include all types of personal lines insurance across the US. Massive placements for homes/autos/jewelry in the $300,000 to $800,000 value which are in non-cat prone areas impact the rate. If we were to measure homes over $5,000,000 in brush exposed areas of California, the average rate increase would be over 35 percent.”

The hardening market has most severely impacted high net worth individuals because of their propensity to own properties in catastrophe prone areas; those on the water or in the mountains/brush. Membership organizations such as the Council for Insuring Private Clients (CIPC) are coming up with creative solutions to help insureds mitigate the impact of rate increases. 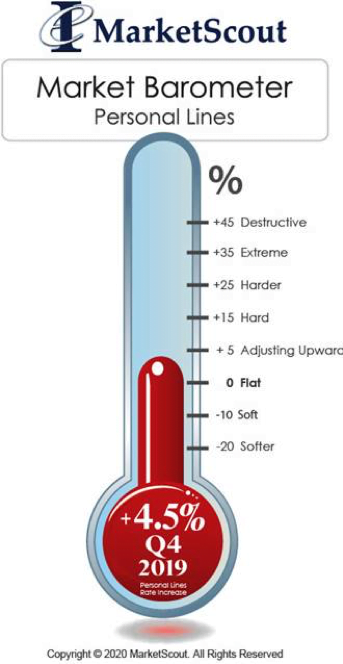 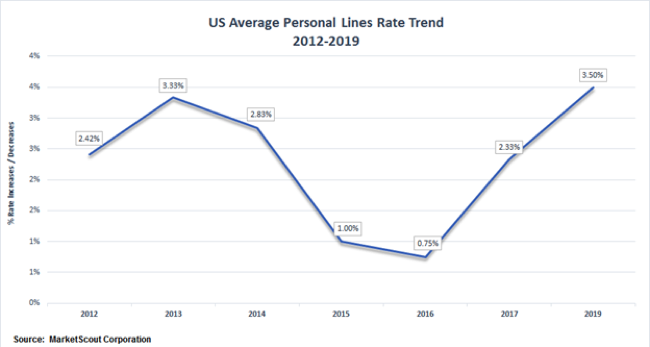 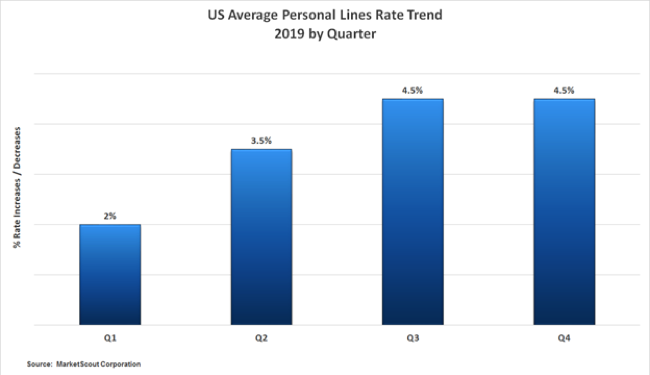 A summary of the fourth quarter 2019 personal lines rates is set forth below. 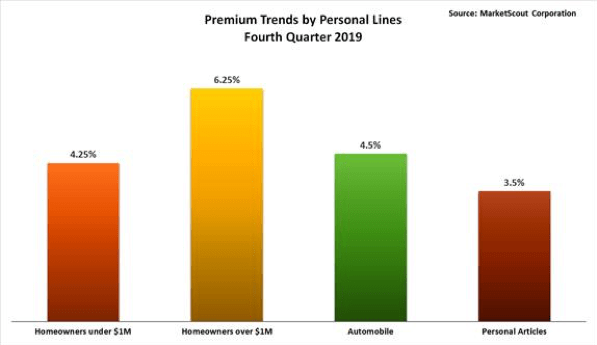 MarketScout is a national MGA and wholesale broker specializing in assisting agents in placing high net worth personal lines business. The firm operates the MarketScout Exchange at marketscout.com as well as over 40 other online and traditional underwriting and distribution venues. MarketScout is founder of the Council for Insuring Private Clients (CIPC) and administers the Certified Personal Risk Manager (CPRM) designation in partnership with The National Alliance for Insurance Education and Research. MarketScout has supported innovation and entrepreneurialism via the Entrepreneurial Insurance Alliance (EIA) since 2007. The EIA supports start up entrepreneurs and innovators via financial, advisory and distribution support. In 2017, MarketScout founded MarketScout InsurTech (MIT) venture fund. In January 2018, MarketScout launched its Incubator to accelerate start-up MGAs and assume operational functions for existing MGAs and insurers. MarketScout has offices in Arkansas, California, Florida, Illinois, Nebraska, Pennsylvania, South Carolina, Tennessee, Texas, and Washington, DC. For more information, please visit us at marketscout.com. California license #0D60423