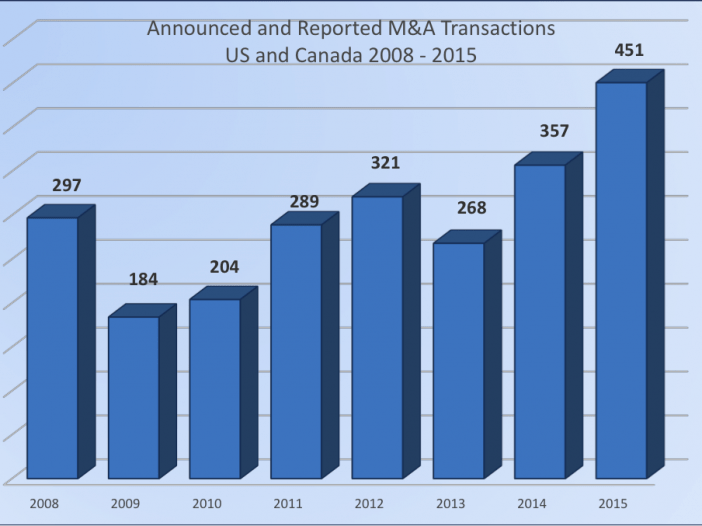 The seller group environment clearly has evolved over the past eight years, although the reasons driving this change may be less certain. Buyers now are focusing on property and casualty (P&C) agencies. Those firms accounted for 57% of the transactions in 2015—the first time since OPTIS has tracked M&A activity that a single group of sellers was involved in the majority of deals during a calendar year. 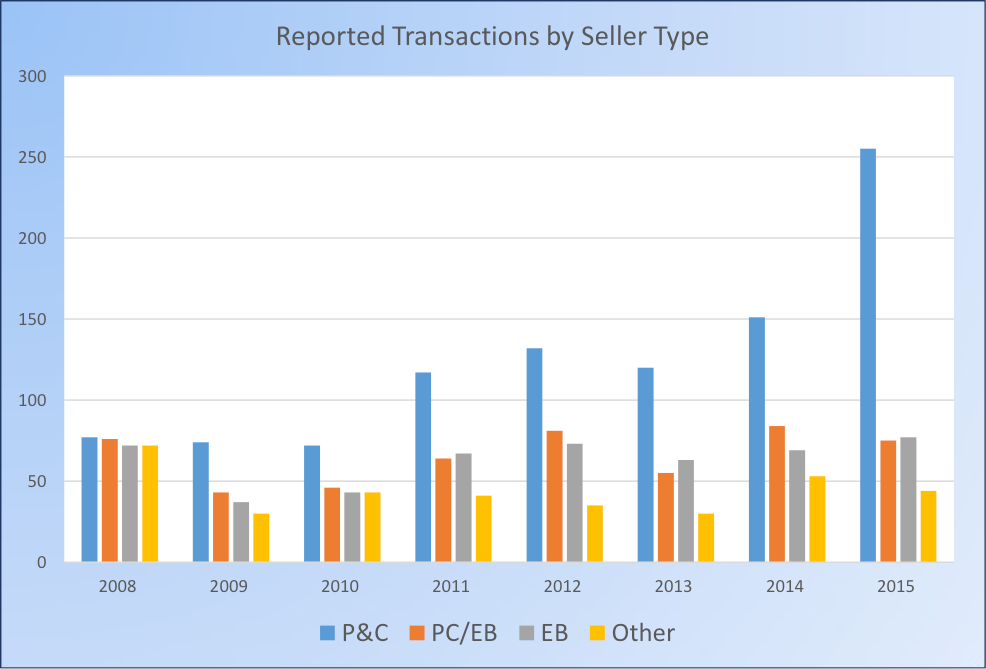 Seven years ago, the picture looked very different. Four types of sellers each accounted for roughly one-fourth of the M&A activity, although P&C firms and those that had combined P&C and employee benefits (PC/EB) had a few more transactions than the other two groups.  The financial crisis in 2008, with its subsequent negative impact on all financial transactions in 2009 and 2010, led to a sharp drop in acquisitions of most sellers, except primarily P&C-focused firms.  This group emerged as the most dominant as the economy recovered, with this trend continuing to an even greater degree through 2015.

Although not absolute, a few factors have likely influenced this trend.

But while PC/EB and EB agencies now represent a far lower percentage of sellers—17% each—the raw number of acquisitions of these types of agencies has returned to and, in some cases, has exceeded 2008 levels in recent years. The only sellers whose acquisition numbers have not rebounded are those in the “Other” category, which includes wholesalers, MGA/MGUs and third-party administrators. Those agencies tend to buy and sell more among one another. In addition, their business is less familiar to PE-backed buyers, who tend to come out of the P&C side of the business.

Among the deals completed by sellers last year were a few larger transactions. Four U.S.-based brokerages and agencies that ranked among the top 100 in revenues in 2014 according to Business Insurance were acquired in 2015. Only one was acquired by a PE-backed firm, while two public brokers acquired the other three large sellers.